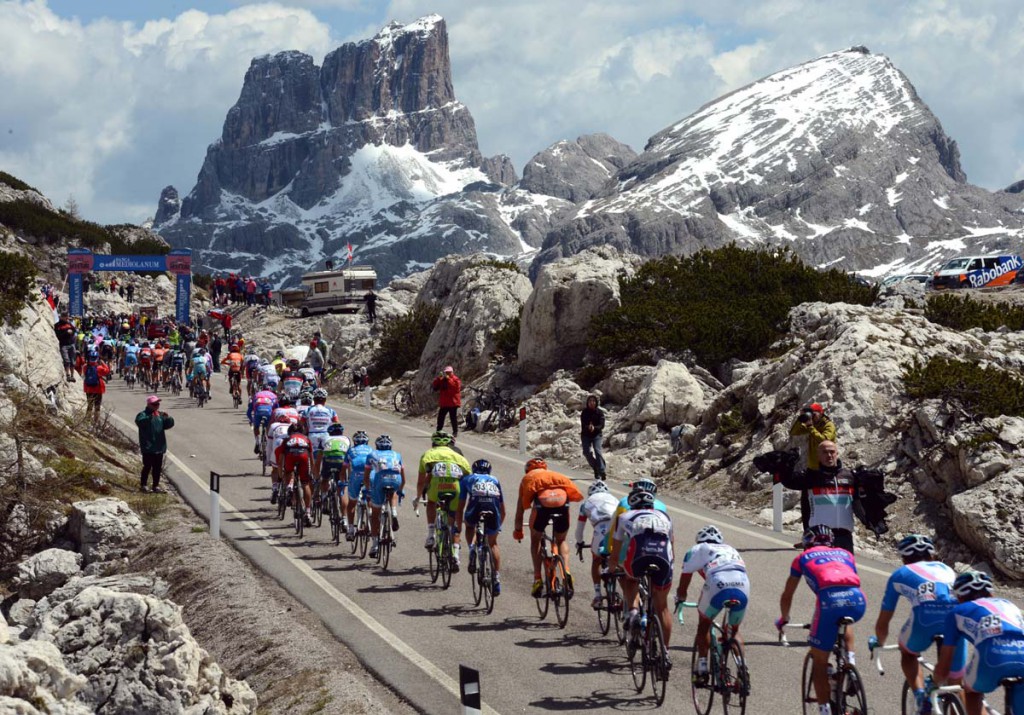 To sit on a rider’s wheel, your front tyre spinning just inches from their rear tyre, is a skill which takes practice. Watch the pro peloton and it moves almost as one, like a single, multi-coloured organism with all riders seemingly on the same wavelength.

The benefits of riding in a group, whether it be at the Tour de France or a sportive, are not just in saving energy (a rider can save approximately 20 per cent in a small group, and up to 40 per cent in a larger peloton), but also in safety camaraderie. Mark Cavendish will regularly pay tribute to the team-mates who have sheltered him to the point where he unleashes his sprint, while an amateur rider may offer a friendly wheel to a friend struggling on a club run.

This is the key to all bunch riding. This means no sudden movements in any direction, as the cumulative effect of this is the same as cars in the fast lane of the motorway. Keep it smooth. As you might be riding with people whom you haven’t ridden with before, assess your level in the group and of those around you. If you appear to be the more experienced bunch rider, keep in mind to give the less experienced the room they need. Their reaction time might not be as quick as yours.

Don’t weave across the road; keep your relative position from the edges of the road even when cornering as a bunch. Remember that it may mean that you may need to go through a pot hole – a sudden swerve could take out the whole bunch behind you. When coming past someone and moving in front of them be sure not to cut them up.

Any changes in speed become increasingly more difficult to deal with the further behind you someone is. If there is a reason for the group to stop, keep your relative position and don’t use it as an opportunity to overtake riders that have slowed or stopped in front of you.

There may well be occasions where situations demand that you call out a hazard to avoid incidents. Bear in mind that there could be riders several metres behind you who cannot see the hazard. This could be anything ranging from a dog or horse running out in front of the bunch, to accidentally dropping a bottle in the middle of the bunch. Call “Dog”, “Horse”, “Bottle” and if you have dropped a bottle don’t stop.

Where there are situations that need pointing out such as turning, stopping, potholes, glass, train tracks, you can do by signalling. The signal is passed from rider to rider going back.

My favourite gripe and this even happens in the pro bunch. When you stand to get out of the saddle, your bike will move back slightly (or a lot in some cases). This can cause riders behind you to crash. Make sure that when you stand you don’t push the bike back, and exert slightly more pedal pressure to keep the speed constant.

If you are on the front, keep pedalling. This prevents having riders behind you having to ‘sit on their brakes’ which is extremely irritating! Typically the front few riders keep pedalling and the riders behind will freewheel or soft tap. Keep both hands firmly on the bars, preferably on the drops – you stand more chance of keeping your bike upright on the drops when hitting a hole or bump at speed.

Don’t let gaps develop between you and the rider(s) in front. It is far more efficient for you and the group to keep the spaces filled.

If new to a group, introduce yourself to your fellow riders before they do. When you are talking keep looking forward – just as you should do when driving in a car.

The most common novice’s mistake. Most riders, when they look back, change their line and speed causing chaos and also don’t see what’s about to happen. If you hear a crash behind you, keep looking forward and the bunch will naturally slow and stop.

When this happens raise your hand so that riders behind can see that you are an obstacle and can avoid you. If it’s a front tyre keep both hands on the handle bars and let someone else signal for you, especially when going downhill. It is very dangerous to take a hand off the handlebars when you puncture in the front. Use the back brake predominantly. Don’t stop until the bunch has completely passed you. Move to the side of the road.